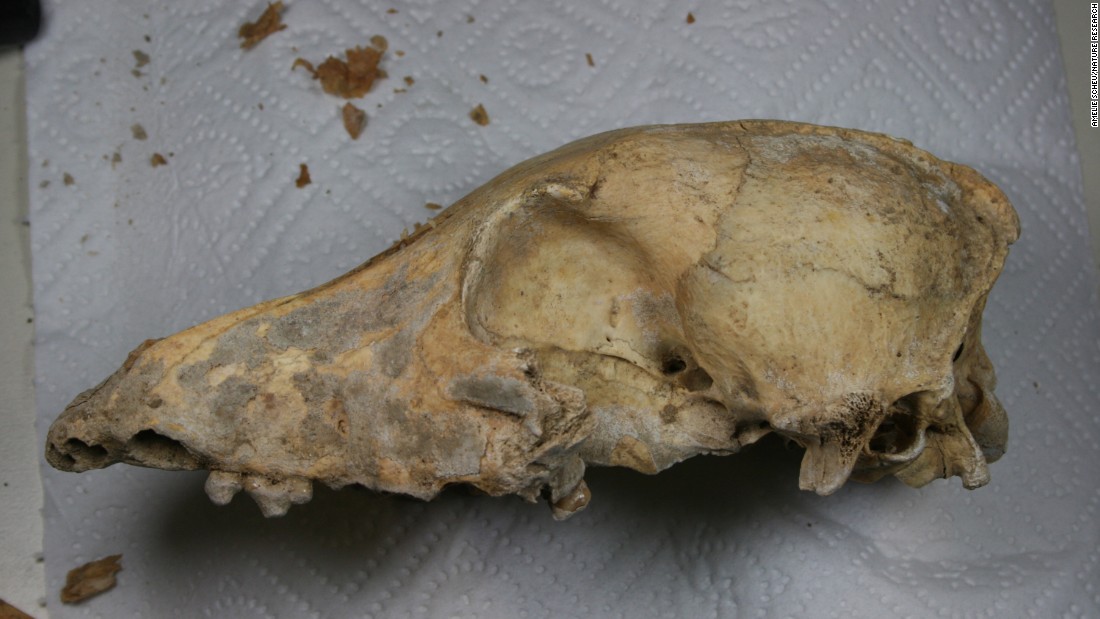 ( CNN) Your pet dog — and every other dog in the world — most likely descended from a single population of wolves that lived 20,000 to 40,000 years ago, according to a new study in the journal Nature Communications. The study marks that time frame as the period when puppies and wolves diverged evolutionarily.

Researchers analyzed the whole genome sequence of the fossils of dogs found in Germany that date to 7,000 and 5,000 years ago, as well as that of a puppy that lived about 5,000 years ago in Ireland.
The Irish fossil was has been used in previous studies. The skull of the 5,000 -year-old dog was found in 2010 in the excavation of a cave in Bavaria, while part of the skull of the 7,000 -year-old dog was found by accident when Trinity College Dublin professor Dan Bradley was screening bones dating to the Neolithic period, or the New Stone Age.