The downsides of technologys inexorable march are now becoming clear and automation will only increase the nervousnes. We should expect the growing interest in off-grid lifestyles to be incorporated into direct action and even anti-tech riots 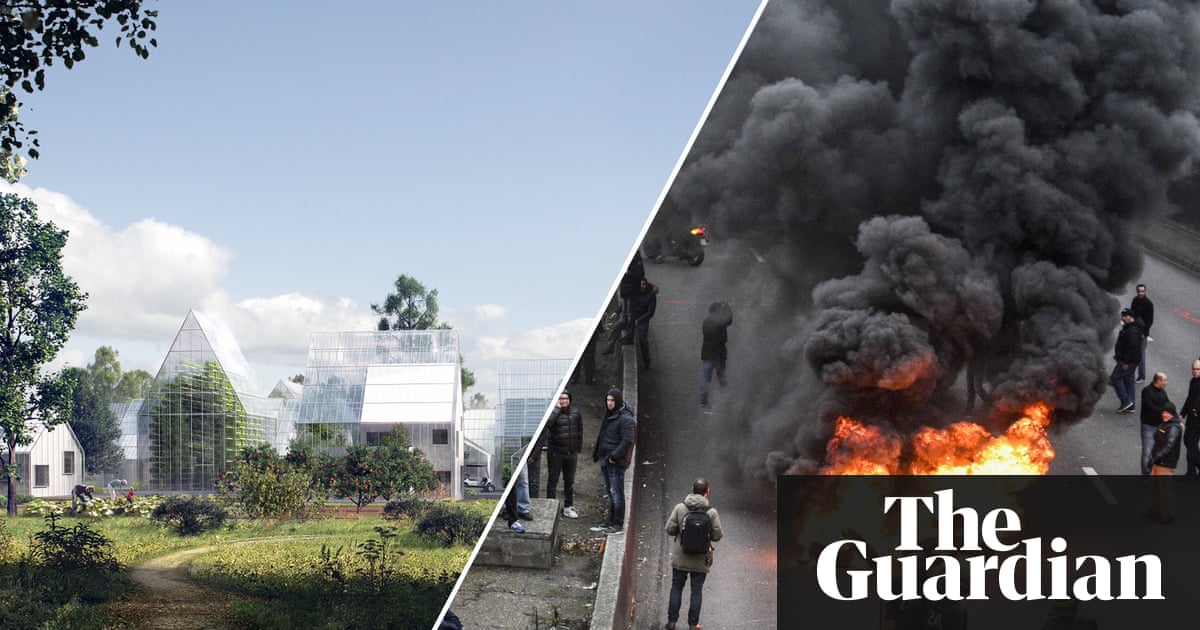 One of the great paradoxes of digital life – understood and exploited by the tech giants- is that we never do what we say. Poll after poll in the past few years has found that people are worried about online privacy and do not trust big tech firms with their data. But they carry on clicking and sharing and posting, opting speed and convenience above all else. Last year was Silicon Valley’s annus horribilis: a year of bots, Russian meddling, sexism, monopolistic practice and tax-minimising. But I think 2018 might be worse still: the year of the neo-luddite, when anti-tech words turn into deeds.

The caricature of machine-wrecking rabbles doesn’t capture our new approach to tech. A better phrase is what the writer Blake Snow has called ” reformed luddism “: a society that opinions tech with a sceptical eye , noting the benefits while recognising that it causes problems, too. And even more importantly, thinks that something can be done about it.

One expression of reformed luddism is already causing a headache for the tech titans. Facebook and Google are essentially huge ad firms. Ad-blocking software is their kryptonite. Yet millions of people downloaded these plug-ins to stop ads chasing them across the web last year, and their use has been growing( on desktops at least) close to 20% each year, haphazardly reaching smaller publishers, too.

More significantly, the whole of society seems to have woken up to the fact there is a psychological cost to constant checking, swiping and gazing. A growing number of my friends now have” no phone” times, don’t instantly sign into the cafe wifi, or have weekends away without their computers. This behaviour is no longer confined to intellectuals and academics, part of some clever critique of modernity. Every single parent I know frets about” screen day”, and most are engaged in a struggle with a toddler over how much iPad is allowed. The alternative is” slow living” or” slow tech “. “Want to become a slow-tech family?” writes Janell Burley Hoffmann, one of its proponents.” Wait! Just wait- in line, at the doctor’s, for the bus, at the school pickup- merely sit and wait .” Turning what used to be ordinary behaviour into a “movement” is a very modern way to go about it. But it’s probably necessary.

I would add to this the ever-growing craze for yoga, meditation, reiki and all those other things that promise inner peace and entailing- except for the fact all the techies do it, too. Maybe that’s why they do it. Either way, there is a palpable demand for anything that involves less tech, a fetish for back-to-basics. Innocent Drinks have held two “Unplugged Festivals”, offering the chance of” switching off for the weekend … No wifi , no 3G , no traditional electricity “. Others take off-grid living much further. There has been an uptick in” back to the land” movements: communes and self-sustaining communities that prefer the low-tech life. According to the Intentional Community Directory, which measures the spread of alternative lifestyles, 300 eco-villages were founded in the first 10 months of 2016, the most since the 1970 s. I spent some time in 2016 living in an off-grid community where no one seemed to suffer mobile phone separation anxiety. No one was frantically checking if their last tweet ran viral and we all felt better for it.

Even insiders are starting to wonder what monsters they’ve unleashed. Former Google” design ethicist” Tristan Harris recently founded the nonprofit organisation Time Well Spent in order to push back against what he calls a” digital attention crisis” of our hijacked minds. Most of the tech seminars I’m invited to these days include this sort of introspection: is it all going too far? Are we really the good guys?

That tech firms are responding is proof they see this is a serious threat: many more are building in extra parental controls, and Facebook acknowledged last year that too much time on their site was bad for your health, and promised to do something. Apple investors recently wrote to the company, indicating the company do more to” ensure that young consumers are using your products in an optimal manner”- a bleak term combination to describe phone-addled children, but still.

It’s worth reflect what a radical change all this is. That economic growth isn’t everything, that tech entails harm as well as good- this is not the escape velocity, you-can’t-stop-progress thinking that has colonised our minds in the past decade. Serious writers now say things that would have been unthinkable until last year: even the FT calls for more regulation and the Economist asks if social media is bad for democracy.

This reformed luddism does not however mean the end of good, old-fashioned machine-smashing. The original luddites did not dislike machines per se, rather what they were doing to their subsistences and way of life. It’s hard not to see the anti-Uber protests in a similar light. Over the past couple of years, there have been something approaching anti-Uber riots in Paris; in Hyderabad, India, drivers took to the streets to ventilate their rage against unmet promises of lucrative wages; angry taxi drivers blocked roads last year across Croatia, Hungary and Poland. In Colombia, there were clashes with police, while two Uber vehicles were torched in Johannesburg and 30 metered taxi drivers arrested.

Imagine what might happen when driverless automobiles turn up. The chancellor has recently bet on them, promising investment and encouraging real road testing; he wants autonomous vehicles on our streets by 2021. The industry will create lots of new and very well-paid undertakings, especially in robotics, machine learning and engineering. For people with the right qualifications, that’s great. And for the existing lorry and taxi drivers? There will still be some tasks, since even Google tech won’t be able to handle Swindon’s sorcery roundabout for a while. But we will need far fewer of them. A handful might retrain, and claw their route up to the winner’s table. I am told repeatedly in the tech startup bubble that unemployed truckers in their 50 s should retrain as web developers and machine-learning experts, which is a convenient self-delusion. Far more likely is that, as the tech-savvy do better than ever, many truckers or taxi drivers without the necessary skills will drift off to more precarious, piecemeal, low-paid work.

Does anyone severely think that drivers will passively let this happen, consoled that their great-grandchildren may be richer and less likely to die in a automobile crash? And what about when Donald Trump’s promised undertakings don’t rematerialise, because of automation rather than offshoring and immigration? Given the endless articles outlining how” robots are coming for your jobs”, it would be extremely odd if people didn’t blame the robots, and take it out on them, too.