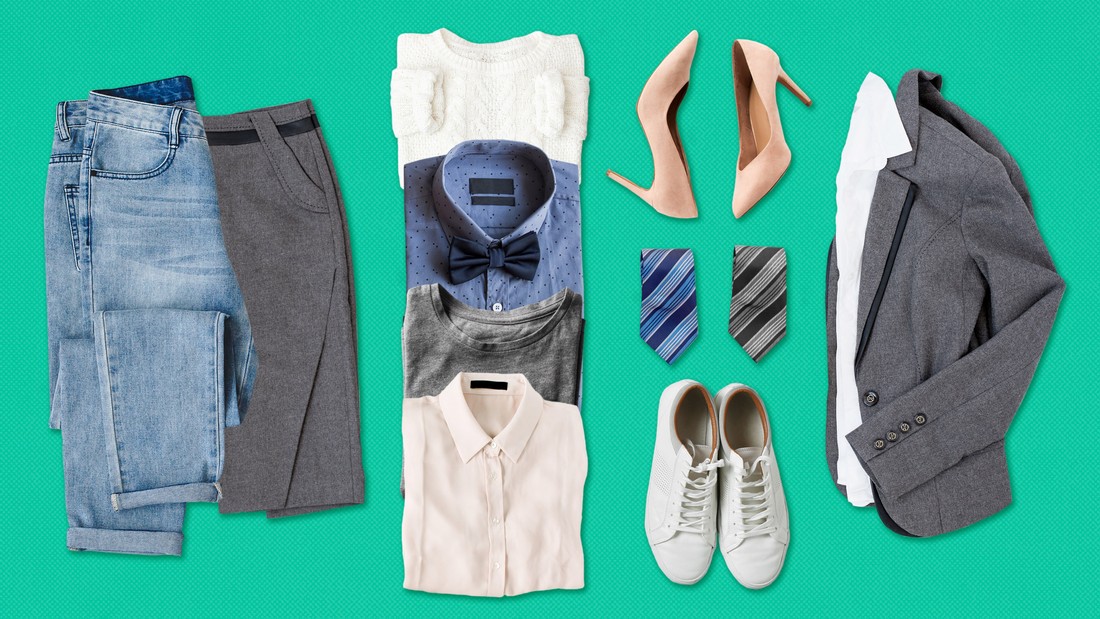 (CNN)Employees in jeans have become a common sight, if not the norm, in many workplaces these days.

Even some companies that used to require formal work attireare opting for a business casual look.
At General Motors, the dress code is now just two words: “dress appropriately.” Facebook, with its infamous hoodie-wearing CEO, doesn’t have a dress code at all. EBay doesn’t have a formal dress code either, but expects employees to “use their best judgment” to dress professionally for the work that they do, according to a company spokesperson. Amazon encourages employees to be “comfortable at work.” And Wall Street fixture JPMorgan relaxed its dress code to business casual.
Casual dress codes are used to help attract and retain employees, but without the uniform of a suit to rely on, workers have to decide for themselves what’s appropriate. And that can be difficult.
More wiggle room with a work wardrobe opens up more options and sometimes, causes confusion: Is this too short? Is this pattern to loud? Am I overdressed?
“Companies have become more casual, and that has definitely caused a lot of stress and anxiety for people who now have more options when they don’t have to wear a suit,” says Valerie Halfon, a personal stylist and founder of Shop With Val, who says the majority of her clients come to her looking for help with how to dress for work. “There are so many more combinations it’s harder to decipher what’s appropriate for the office.”

It wasn’t always like this.
In the 1980s, it was all about power suits.
Anne Donovan remembers the fashion evolution well. When she began her career atPwC in 1983, her work attire consisted entirely of matching skirt suits that typically involve a blouse with a bow tie. 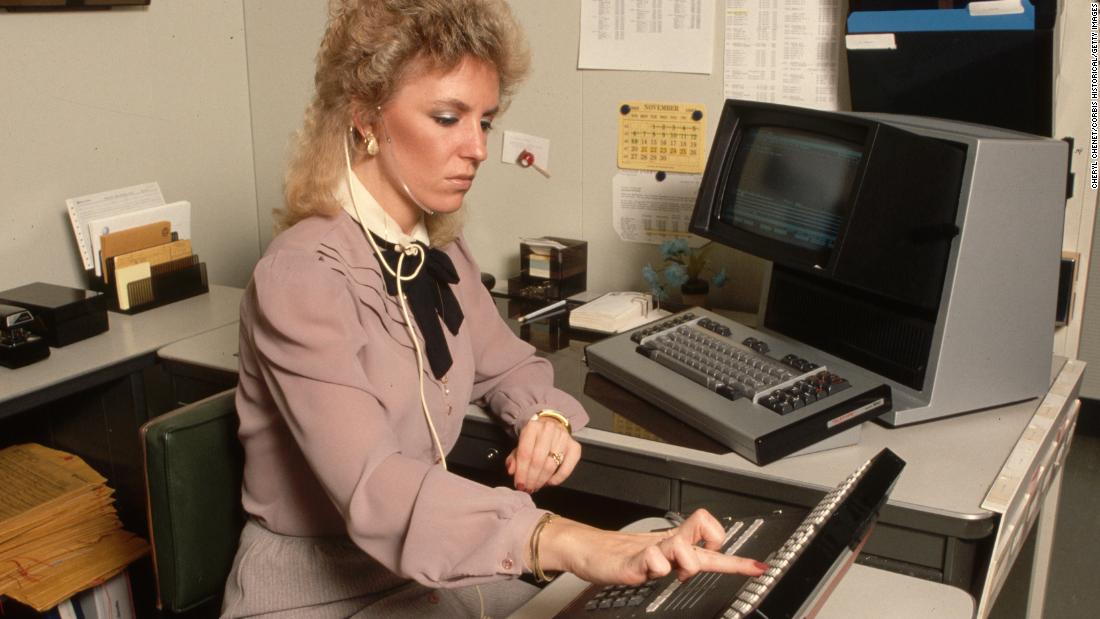 She distinctly remembers when pants entered the wardrobe rotation for women. It was the mid-1990s and she was working in Human Resources at the firm. She spotted a female colleague wearing pants and pulled her aside.
“I asked her what she was doing,” she recalls. Her colleague told Donovan to take a look around, because women were starting to wear pants at the law firms. “I remember saying, ‘that’s not how the ‘Big Eight’ works.’ That is how archaic it was.”
Soon after, Donovan went on maternity leave, and when she returned in 1996, everyone was wearing pants. “It wasn’t the firm sending down edicts, it was the societal norm.”
When PwC announced everyday business casual in 2016, workers thought “it was so cool,” says Donovan, who is now the firm’s people experience leader, charged with making sure the company’s culture is competitive with the market.
PwC’s dress code is now “dress for your day.” Employees still need to follow the dress code of the clients they’re working with, but if they are in the PwC office, jeans and sneakers are just fine. “Jeans don’t change your ability to think, you don’t need to be in an uncomfortable suit,” she says.

For a long time, in order to fit in and look like strong leaders, women adopted looks that mimicked men’s fashion, explains Wendy Bryant Gow, an image consultant and founder and CEO of Lily Winston.
“For so long, women have been dressing like men,” she says.
After the pants revolution of the 1990s, lots of workplaces started adopting casual Fridays. Many companies allowed workers to wear khakis (and sometimes jeans), leave the jacket or blazer at home and skip the tie. Eventually, casual Friday bled into the rest of the week with business casual becoming more standard in offices.
Over time, as more comfortable looks became acceptable, women’s workwear choices expanded: more feminine dresses and pants became acceptable, pantyhose were seen less, and shoe options increased to include a variety of styles.
“As we moved into the 2000s, women coming to work really wanted to dress authentically like themselves, and be a little bit more feminine,” Ann Taylor president Julie Rosen tells CNN Business.
But casual dress environments can be more treacherous for women to navigate, argues Sylvia Ann Hewlett, an economist and author of “Executive Presence.”
One reason is that women also have the added burden of having to worry about being dressed too provocatively or, at the other end of the spectrum, too matronly, Hewlett says. “It’s easy to look too young, and not ready for a big opportunity, or that you don’t have enough runway left.”
Her research found that women have a small window of four years, from the ages of 38 to 41, when they are considered right for leadership roles. Men on the other hand, have a 17-year window.
“The casual thing is not a leaderly thing for women,” she says. “In a world where there are few women leaders, you need to signal your gravitas and potential with a somewhat more elegant look, and being aggressively casual doesn’t do it — it is not read as power.”
Business casual dress codes can also be a disadvantage for people of color, Hewitt argues. “We are still programmed to imagine that an aggressively casual female is perhaps quite junior and that is also true of women of color.”
Sandra Lopez, vice president of Intel Sports Group, is female and Latina, and at the start of her career she dressed to fit in.
“I didn’t have the authority I have today. I dressed as one of the guys. I wore pantsuits and never fancy heels, always a stacked heel … to convey more masculine traits, authority and power. I thought it was important to cement myself as much as I could as an equal to my male counterparts.”
But she eventually realized that she was really hiding her identity. As she climbed the career ladder, she gained more confidence in embracing who she is. “I am unapologetic about wearing red suede pumps and dresses. I began to really have a wardrobe that stood for who I was as an individual.”
While her wardrobe has changed, she still has her original power suit in her closet. It was a black pinstripe suit — to match her male colleagues. “It represented power,” she recalls. “I will never give it away, it reminds me of where I started and how much I’ve evolved.” 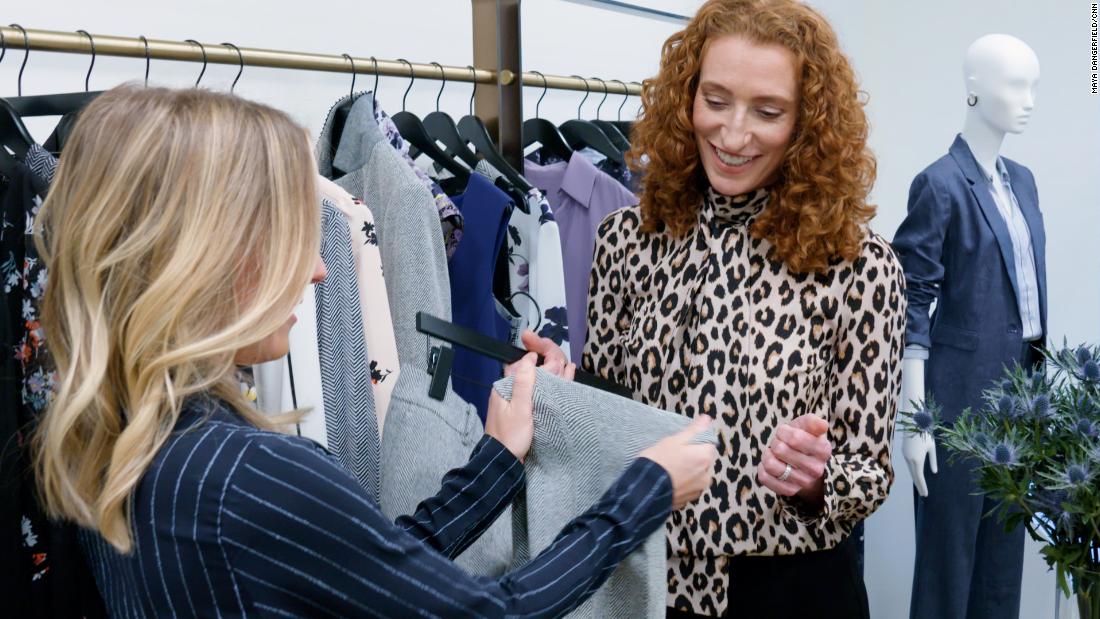 Workwear is changing. Can legacy brands like Ann Taylor adapt?

Sali Christeson’s struggle to get dressed every morning led her to start women’s workwear company Argent in 2016.
“Historically, I’ve never been able to find something I loved to wear to work,” she says.
The company creates workplace clothes for women thatare all about comfort and function with a lot of personality. For instance, its blazers have multiple pockets: one for a cell phone, another for a credit card or ID, and a place to stash pens or lip gloss.
“You can now go into a meeting with our blazer, and straight to lunch with your peers — you don’t have to go back to your desk to get your purse.” It’s those subtleties, she says, that can help even the playing field at the office. 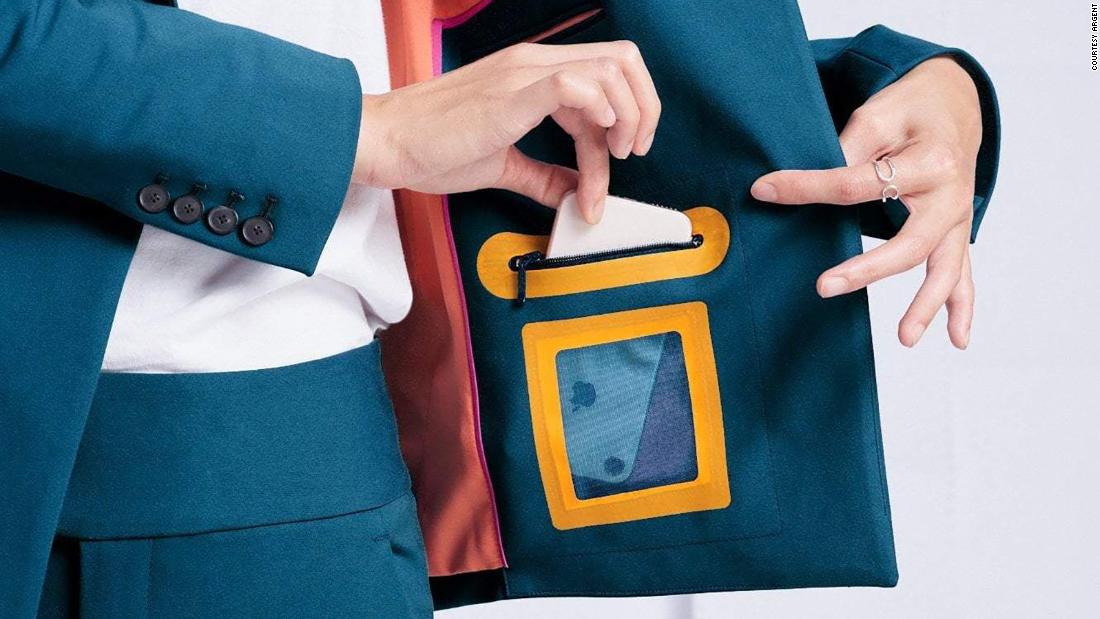 As the line between work and personal time grows increasingly blurry, workwear could become even more relaxed and comfortable.
“As our workday expands to engulf the majority of our waking hours thanks to technology, you can be at dinner, put the kids to bed and then hop back on the laptop and work for an additional three to five hours,” says Scott Birnbaum, founder of venture capital firm Red Sea Ventures.
His firm was an early investor in shoemaker Allbirds and athletic apparel company Outdoor Voices with the idea that casual attire will continue to infiltrate the office as workers try to sneak more personal moments into their day, like a quick meditation or yoga session.
EvenAnn Taylor has added more stretchy material to its pants and suit jackets.
“We heard loud and clear from our customer [that] she wants to be as comfortable at work as possible,” says Rosen.
Men’s suits are also getting more stretch. French men’s fashion retailer `eclectic recently opened a store in New York City that sells men’s jackets made from fibers that stretch — the same way workout clothes do — and help regulate temperature and provide more flexibility. 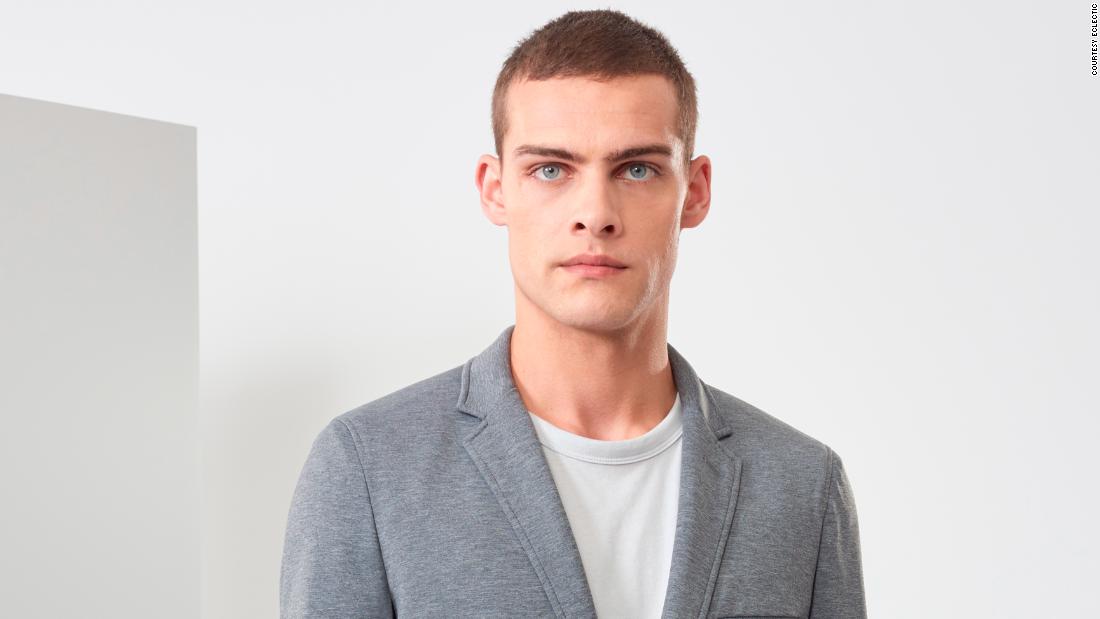 “Today, you have either a traditional suit or streetwear hoodie or a very activewear outfit,” Franck Malegue, the company’s founder tells CNN Business.
“I think a lot of guys who are wearing the activewear outfit are doing it primarily because they want comfort and performance. Those guys would be happy if they could keep the performance they enjoy, yet keep the appearance and the elegance of a more traditional outfit.”
As work continues to take over more of our lives, we won’t have the time to change for a quick workout or meditation session, says Birnbaum.
“We are all endurance workers, and if that is how you are living your life, then you want to optimize comfort.”
CNN’s Vanessa Yurkevich contributed to this report