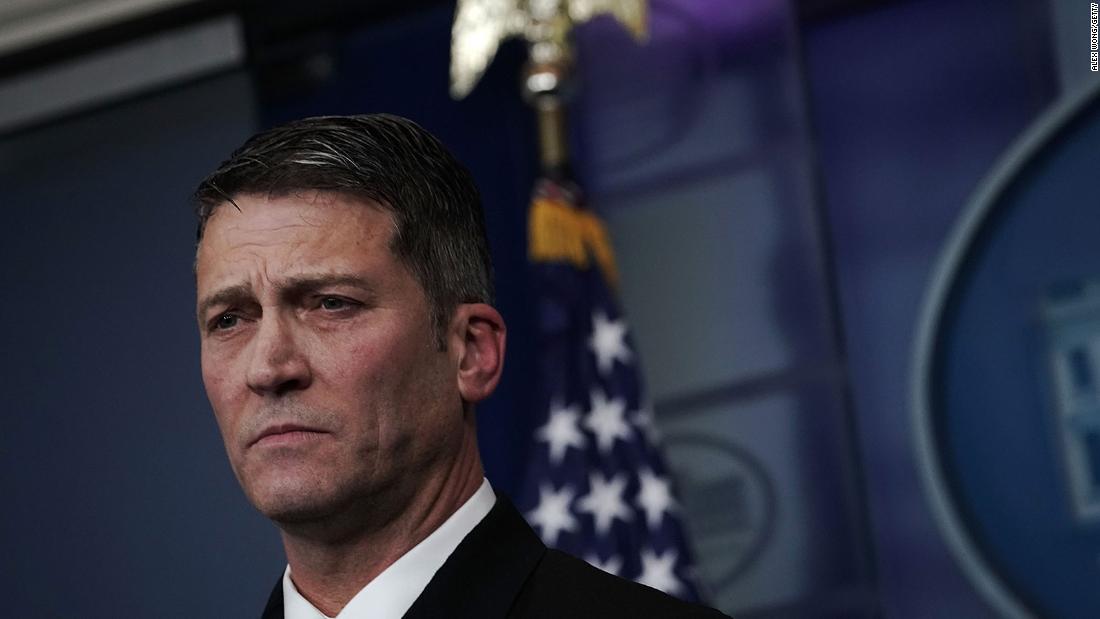 Washington( CNN) President Donald Trump has re-nominated his former physician Rear Adm. Ronny Jackson to receive a second star, even as he remains under Pentagon investigation over allegations of improper behavior.

Jackson denied all of the allegations leveled against him, calling them “completely false and fabricated.”
Despite the nomination, Jackson is unlikely to receive his military promotion while the Defense Department’s inspector general investigation remains active. The Senate Armed Service Committee is not expected to consider the nomination until the investigation is completed, which is typical of military nominees who are the subject of an active investigation, according to two Senate aides. Senate Armed Services Chairman Jim Inhofe’s office did not respond to a request for comment.