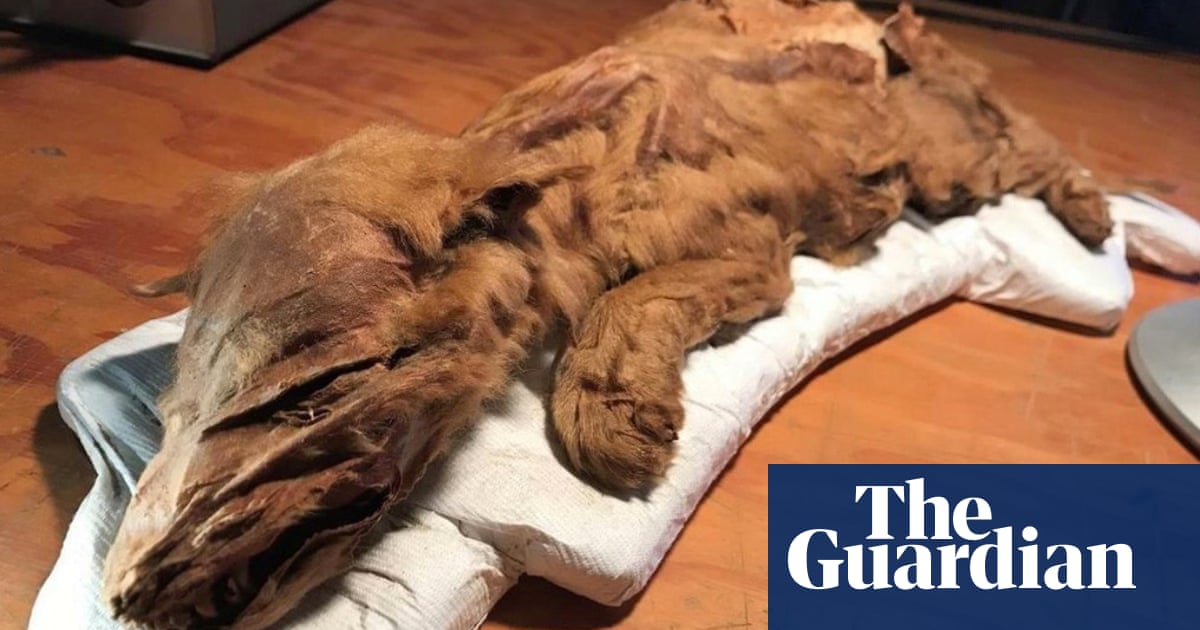 The Klondike region of Canada is famous for its gold, but now other remarkable ancient gems have been unearthed from the melting permafrost.

Two mummified ice age mammals- a wolf pup and a caribou calf- were discovered by gold miners in the area in 2016 and unveiled on Thursday at a ceremony in Dawson in Yukon territory.

It is extremely rare for fur, scalp and muscle tissues to be preserved in the fossil record, but all three are present on these specimens, which have been radiocarbon-dated to more than 50,000 years old.

The wolf pup is preserved in its entirety, including exceptional details of the head, tail, paws, scalp and hair. The caribou calf is partly preserved, with head, torso and two front legs intact.