Prisoners have annotated images through the decades some brutal, some charming in an exhibition in Berkeley, California 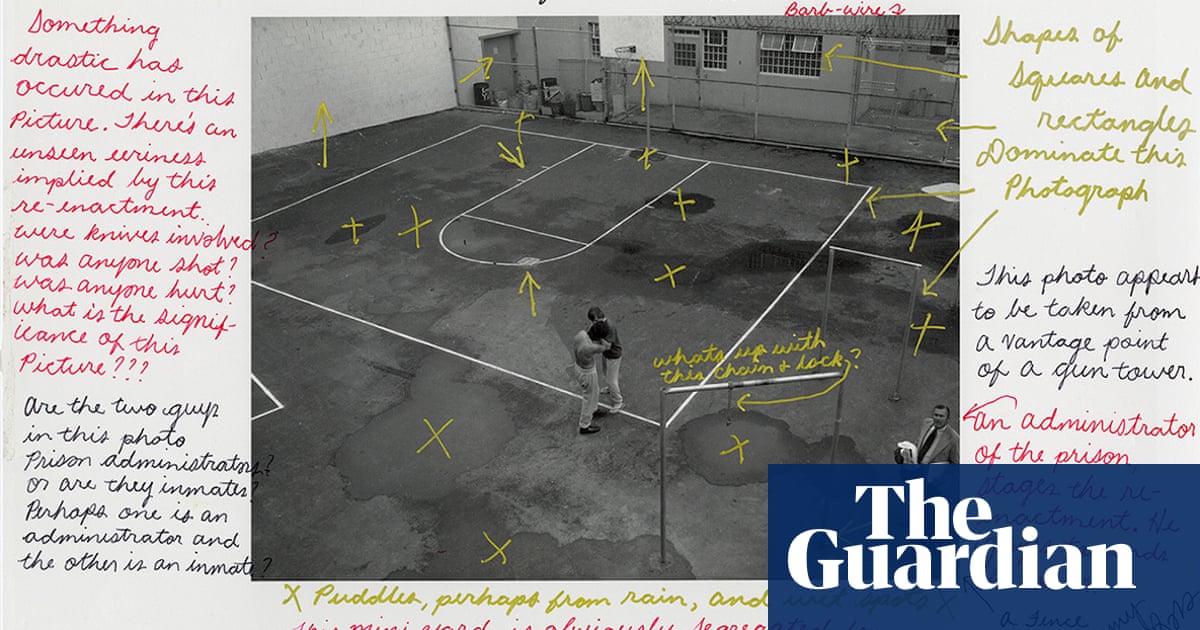 ” Was he pushed or did he jump ?” is scrawled in the margins of a black-and-white photograph of four dark figures surrounding the chalk outline of a body. In the image, there are patches of stained asphalt encircled by inky black pen marks.