The much-anticipated contemporary art carnival hittings New York with a range of provocative pieces, taking aim at Trump and highlighting the work of female artists 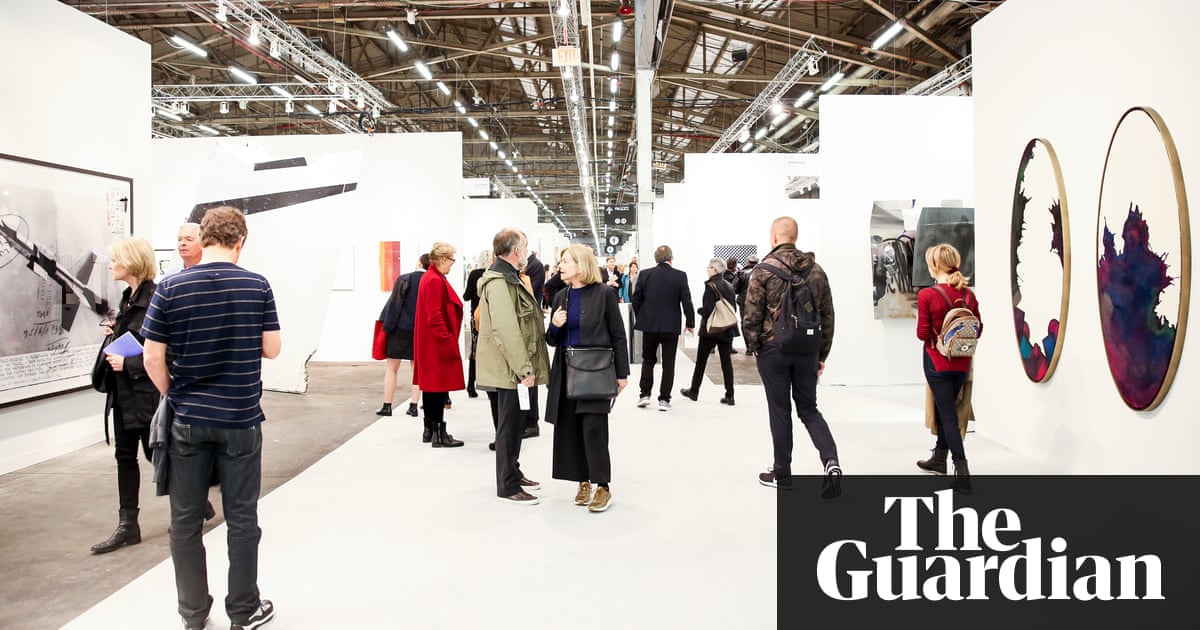 It’s that time of year again, when black-clad art enthusiasts descend upon New York’s Armory Show, the labyrinth-like contemporary art carnival at Piers 92 and 94 in midtown Manhattan. Kicking off 8 March, over 200 international art galleries will set up their kiosks in the white wall jungle to astonish, sell and sizzle on Instagram. Let’s hope they have free wifi.

On top of your painting and photo fare, there will be tech-inspired artworks in the new Focus section, where 34 artists imagine a post-human world. From 3D-printed statues to digital spiritualism, it’s curated by Gabriel Ritter, who is fascinated by our online personas.

” The internet and social media have created an elastic space of human identity, allowing individuals to reimagine themselves in a myriad of ways that were previously unthinkable ,” he says.” The physical body continues to remain a constant- maybe even a obstacle to future development .”

Mexican-Canadian artist Rafael Lozano-Hemmer is showing a computer-controlled water fountain which depicts portraits of onlookers with water vapour sensors. Berlin artist Oliver Laric is showing a 3D-printed transcript of an ancient statue from Europe and Johannesburg artist Tabita Rezaire, a hybrid artist-yoga teacher, taps into our need to worship the screen with her angelic, Photoshopped self-portraits. Anne Libby, a New York artist, uses machine-cut objects for statues inspired by the prefabricated New York skyscrapers that keep springing up across the city.

Outside the fair, there’ll be a new public art piece by the French street artist JR, who photographed Syrian refugees at the Zaatari refugee camp in Jordan. Their portraits have been blown up larger-than-life and are pasted outside Pier 94.

Expect a flurry of protest art-inspired projects for the Platform section curated by Jen Mergel, as there will be an installation by Wilmer Wilson IV, who has republished a letter to a Mississippi newspaper dated 1919, which threatens to “burn the entire state” if the lynching of black citizens didn’t discontinue, while the South African artist Mary Sibande presents a statue inspired by the anti-apartheid Purple Rain protest in Cape Town from 1989.

For a critical look at the country of America, there’s the Spring/ Break Art Show, a political exhibition now in its seventh year. This year’s theme is A Stranger Comes to Town, or resistance art against the alt-right.

” In sunlight of the rise in nationalism throughout the world and the new outward-facing xenophobia voiced by white supremacists and the current US president, this depict addresses divides and tensions between being an’ outsider’ versus being’ one of us ‘,” said Spring/ Break’s co-founder, Andrew Gori.

It features run from Nate Lewis who shows tense moments from the presidential inauguration with images of African Americans taken from social media, while Kumasi J Barnett paints over Spider-Man comic covers to show a new alter-ego named The Amazing Black Man.