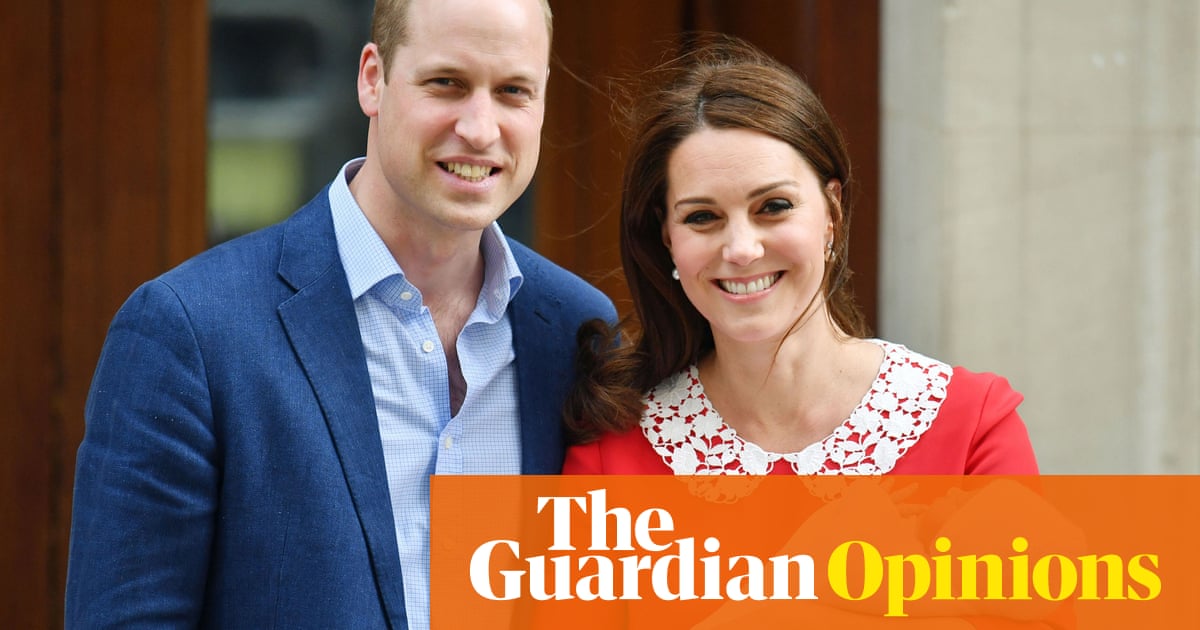 How disappointing that some people criticised Kate Middleton for looking “unrealistic” when she emerged, with Prince William and new baby, Louis Arthur Charles, for the press photocall.

It seems that some people wouldn’t have been satisfied unless Middleton had come staggering out, like a besmocked crab, with a massive distended” Mr Greedy” stomach, shooting newly arrived milk through her Jenny Packham dress at aghast reporters. This, for some, is postpartum reality. The catch is that only one reality is allowed.

Not that authenticity is a bad thing. It certainly beats watching a new celebrity mum embark on some half-crazed public quest to stuff herself back into her pre-pregnancy jeans, proving … which is what? That she’s still sexually viable? To these women, I’d say, sisters, if you can’t spare us, at least spare yourselves. Certainly, it seems to be the grimmest of buffoons’ errands to try to put a sepia incandescence or flattering filter on the hard graft of get another human being safely out.

However , not every postpartum experience is the equivalent. After both my babies, I was slim, with a somewhat normal-looking stomach- it would have been hard to tell that I’d only devoted birth. The reason for this didn’t lie in earnest yoga conferences, but because both my newborns were early and small. In fact, my second daughter was extremely early and horribly small … and sick.

The point is that, in the unlikely event of my being dragged out for a press photocall, for my non-existent adoring public, my body might have risked being denounced as “unrealistic”. When, in truth, my situation was all too real, just different to that of another woman who could take her big, healthy newborn home, instead of camping in a special care baby unit for six weeks, as I did. For her portion, Middleton appeared as if she’d got her hair and makeup done for the press pack and chosen an outfit that skimmed her midriff. So bite her. Her only misstep was in not realising that she wasn’t dishing enough postpartum real for some people’s liking. Isn’t this more pressure, just from another direction?

Just as women aren’t standardised , nor are the implications of pregnancy on their own bodies. Certainly, a shrill inverted body fascism, accusing women of being unrealistic or unrepresentative, is neither feminist nor helpful. One woman’s post-birth reality does not fit all.