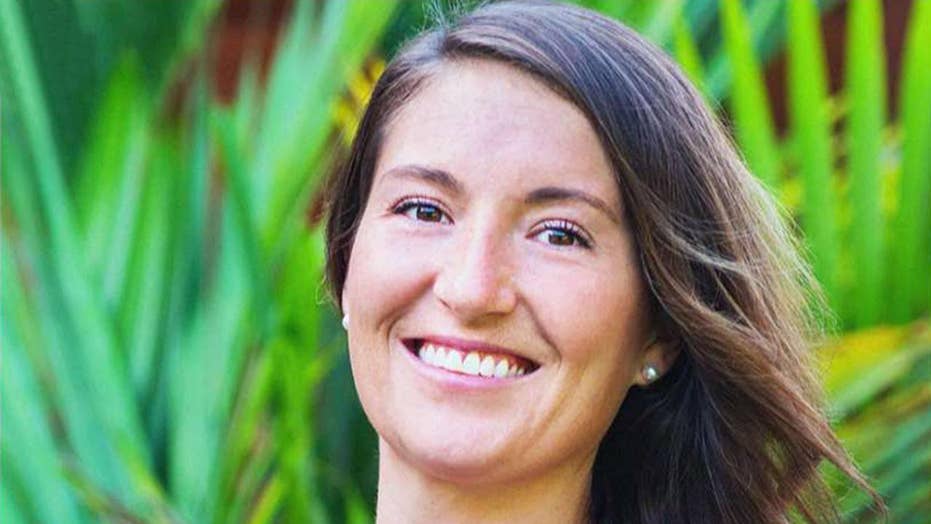 Amanda Eller was found on Friday after being lost for 17 days in a Hawaii forest. (Javier Cantellops via Storyful)

Eller told reporters on Tuesday that she saw at least 20 helicopters above before she was finally found.

“I’m looking at the sky just saying. ‘Please pick me up,’” Eller said. But it also dawned on her that this was a “needle-in-a-haystack scenario.”

“As the sun starts to go down you think, ‘Another day alone,’” she said.

She said she survived by drinking from waterfalls and streams and eating plants and berries.

Reflecting on her experience, she now calls what happened to her “spiritual,” and an “opportunity to be stripped away of all the comforts of this modern world.” 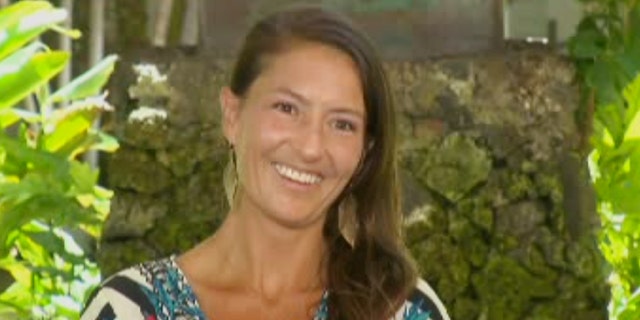 Eller was last seen on surveillance video on May 8 as she left the Haiku Post Office; her car was discovered at Makawao Forest Reserve later that day. Eller told reporters she was planning on taking a short run in the forest, as she had done before, leaving her cellphone behind. She took a short break to meditate and when she tried to return to her car she became disoriented.

“You turn your head one way and it looks exactly like the other way,” Eller said. All the while, she was plunging deeper into the reserve.

Eventually, she realized that she was facing a stark choice: “You can sit on the rock and you will die. … Or you can start walking down that waterfall and choose life.”

“I had to choose life,” she said, explaining that her parents and loved ones were very much on her mind.

Eller said she would sleep in tall grass, on rocks and in the mud.

“It was uncomfortable but it was good to be alive,” said Eller, adding that she knew she had to try to sleep so she could heal from her injuries.

On her third day of being lost, she fell 20 feet off a cliff, fracturing her leg and tearing the meniscus in her knee. She also suffered burns on her legs from sun exposure. Eller, who spoke to reporters while sitting in a wheelchair, said she will have to use crutches for the next four weeks.

​​​The night she fell, she recalled, she was “screaming in pain.” She said the next night she was caught in what seemed like a flash flood. She said she was sitting on hard rocks in a foot of water, curled up into a ball and the only thing that got her through was meditation. She described that moment as “complete and utter breaking down as a human being.”

She estimates she hiked for some 30 miles, mostly without shoes, putting clothing on rocks along the way as evidence of life for anyone out looking.

“I have wounds on my ankles, that’s the worst of it,” said Eller.

But doctors expect Eller will make a full recovery. “The staff and physicians at Maui Memorial Medical Center involved in her treatment and care are rejoicing at the miraculous news of her great outcome,” Maui Health System CEO Michael Rembis said. 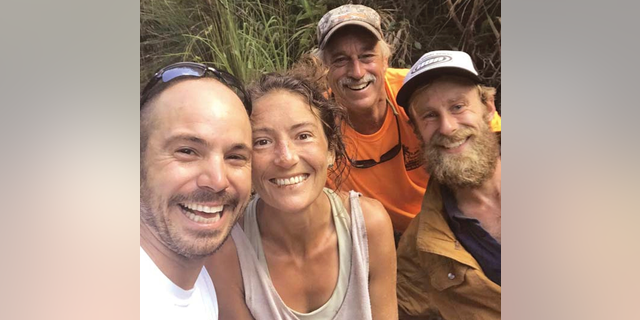 In this Friday,, photo provided by Troy Jeffrey Helmer, resident Amanda Eller, second from left, poses for a photo after being found by searchers, Javier Cantellops, far left, Helmer and Chris Berquist above the Kailua reservoir in East Maui, Hawaii, on Friday afternoon. The men spotted Eller from a helicopter and went down to retrieve her. She was taken to the hospital and was in good spirits, her family said. Eller had been missing since May 8. (Troy Jeffrey Helmer via AP)

Javier Cantellops, a member of the search team, recorded video of Eller being lifted to safety by a helicopter after his team spotted her from the air in a deep ravine near the Kailua reservoir.

Eller’s father, who grew visibly emotional at Tuesday’s news conference, expressed joy that his family has been reunited, saying, “This is really a blessing.”

Asked what she would do differently, Eller said, “I should have had a cell phone with me.”

She also advised those intent on communing with nature to take extra precautions and “overprepare” for hikes or runs. “It can get scary quick,” she warned.

Eller, who works as a physical therapist and yoga instructor, said she hopes her story can ultimately inspire others. “I want people to be so happy to be on Planet Earth,” she said.

Fox News’ Travis Fedschun and The Associated Press contributed to this report.