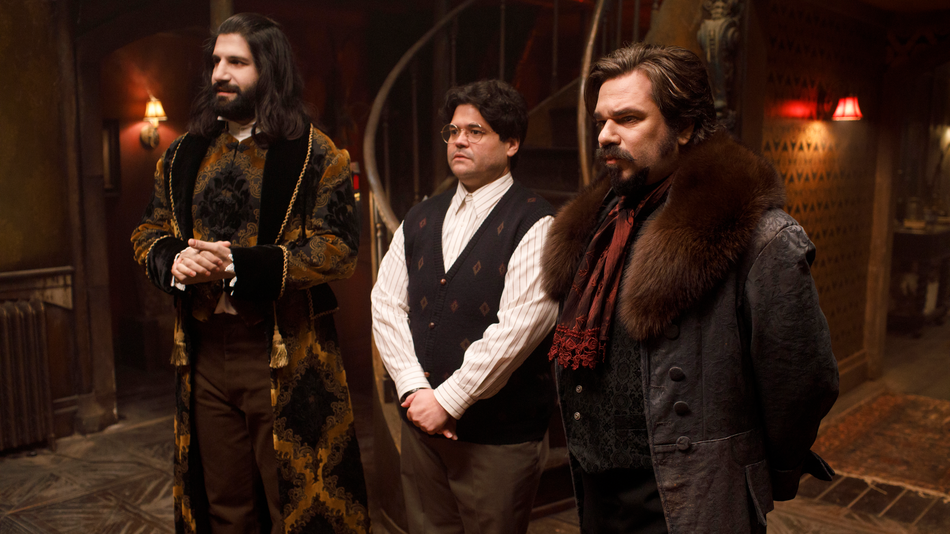 The following review is spoiler-free! Proceed with reckless abandon .

Grab your pitchforks and torches: What We Do In The Shadows only might be better as a series.

It’s blasphemy, I know. Jemaine Clement and Taika Waititi’s 2014 cinema is the gold standard for vampire comedy and a standout in any spooky streaming collect worth its salt.

But FX’s expansion on the original’s darkly hilarious premise takes what was already great and constructs it bloody brilliant.

Clement and Waititi serve as executive producers on the series and their pitch-perfect tone can be felt throughout. Instead than pushing the comedic limitations of the movie to meet the demands of a series, the creative pair has deftly reimagined the Shadows universe as a bigger, badder, more binge-worthy horror comedy.

SEE ALSO: ‘Santa Clarita Diet’ and ‘What We Do In The Shadows’ turn the undead into comedy gold

Whether the improvement is due to some unspoken prophecy of Shadows ‘ serialized fate, the duo’s ever-increasing talent and experience( Waititi’s work on Thor: Ragnarok certainly didn’t hurt ), or a combination of the two is tough to say.

What’s clear? What We Do In The Shadows is the funniest series of the year so far — and there are plenty of reasons it’s arguably better than the original.

The series doesn’t try to remake the movie

Rest assured, Season 1 of Darkness is not a stale retread of the movie. Yes, fans who have recently watched the original will notice similarities in how the narratives are set up — it is another mockumentary shot in the same universe, after all — but it is far from a remake.

Rather than recasting Vladislav, Viago, and Deacon, Shadows : Season 1 introduces us to three new central vampires, as well as some delightful additions( more on those later .)

So what attains their tale different? As is often the suit with movie-turned-series, the scope of Shadows expands rapidly to fit its new format.

Rather than dealing with the faux pas of bringing a human to a vampire party( shoutout to Stu, who remains unequivocally my very best ), Nadja, Laszlo, and Nandor are desperately trying to sort out how to subdue the world for their master. It’s high-stakes stuff that attains the problems of our New Zealand vampire friends seem a bit like child’s play.

The series preserves the overall texture and opening theme

Don’t worry about Shadows losing its Shadows -ness. While picture quality did get better in the past five years and FX money adds some extra polish to those visual impacts, overall the series maintains its home movie feel. Simply like in the original, photographs of the main characters and historic drawings offer up plenty of punchlines. And when prudent, editors have again allowed shots to linger just a little too long.

As for the series’ opening? The title card is identical down to the font and Norma Tonega’s “You’re Dead” returns to herald the beginning of each episode. Newcomers will be singing along to the catchy, macabre bop in no time, and old fans will feel as if they’ve been welcomed home.

Fans of the original may find themselves missing Nosferatu lookalike Petyr( R.I.P .) and familiar Jackie, but never fear! Colin and Guillermo are ready to take their places in new and exciting ways.

Colin, the fourth flatmate, is an energy vampire. What exactly is an energy vampire? As Colin explains it, “We either bore you with a long conversation or we enrage you.” So basically, the most annoying person at a mundane office task, but with vampiric motivatings for pissing you off.

Played by Mark Proksch( aka Nate from The Office ), Colin isn’t exactly a scene-stealer, since he rarely appears with the rest of the cast. But whenever he does go toe-to-toe with his co-stars, Proksch relentlessly clinches every laugh.

As for Guillermo, he’s no Jackie, and that’s a good thing. Instead than revisiting the mirth of a mother of three moonlighting as an errand girl/ body disposal expert, Shadows opens up room for a new kind of wannabe: an Antonio Banderas-obsessed familiar with truly excellent taste in sweaters.

Harvey Guillen embodies Guillermo in all his weirdness with mesmerizing specificity. Equal proportions straight man and odd one out, Guillen assistances shepherd the narrative scene-to-scene with his incisive dialogue and unwavering nervousness — maintaining the story’s pace at a strong clip without sacrificing any of his character.

Lady Bird ‘s Beanie Feldstein appears as Jenna, a friend of Guillermo and live-action role play aficionado. Hilarious and fully invested, Feldstein as always shines in her portrait, but this narrative is particularly attuned to her wheelhouse.

Jenna’s character arc, which could roughly be described as female empowerment meets coming-of-age gratifies Dracula , feels like the culmination of Feldstein’s existing acting credits. “Its one” subplot that shouldn’t be spoiled, so only prepare yourself for the altogether aces performance this woman is about to give you.

Vanessa Bayer’s character is everything you’ve ever wanted

News of the SNL actress’s Shadows casting has been floating around for a while, but her character Evie Russell has been wholly absent from promotional materials — and with good reason. She is worth the wait.

I will tell you absolutely nothing about Evie other than she appears first in Episode 3 and is so, so, so great. April 10, mark your calendars.

The What We Do In The Shadows universes could still collide

Not persuaded you can survive without Clement and Waititi reprising their roles as Vladislav and Viago on-screen? Well, you might not have to.

In an interview with Vulture , Waititi offered some promoting words regarding the status of Shadows ‘ beloved former stars.

“Our characters still exist and they’re still in New Zealand, ” he said. “There’s an opportunity for a crossover. If we ever felt like we wanted to play those characters again, we could.”

Whether Viago would want to leave Katherine for that long, remains to be seen. Either way, I’m crossing my thumbs, toes, and fangs for a Shadows on Shadows cameo, because when good gratifies great, more is always welcome.

What We Do In The Shadows : Season 1 premieres on FX March 27. 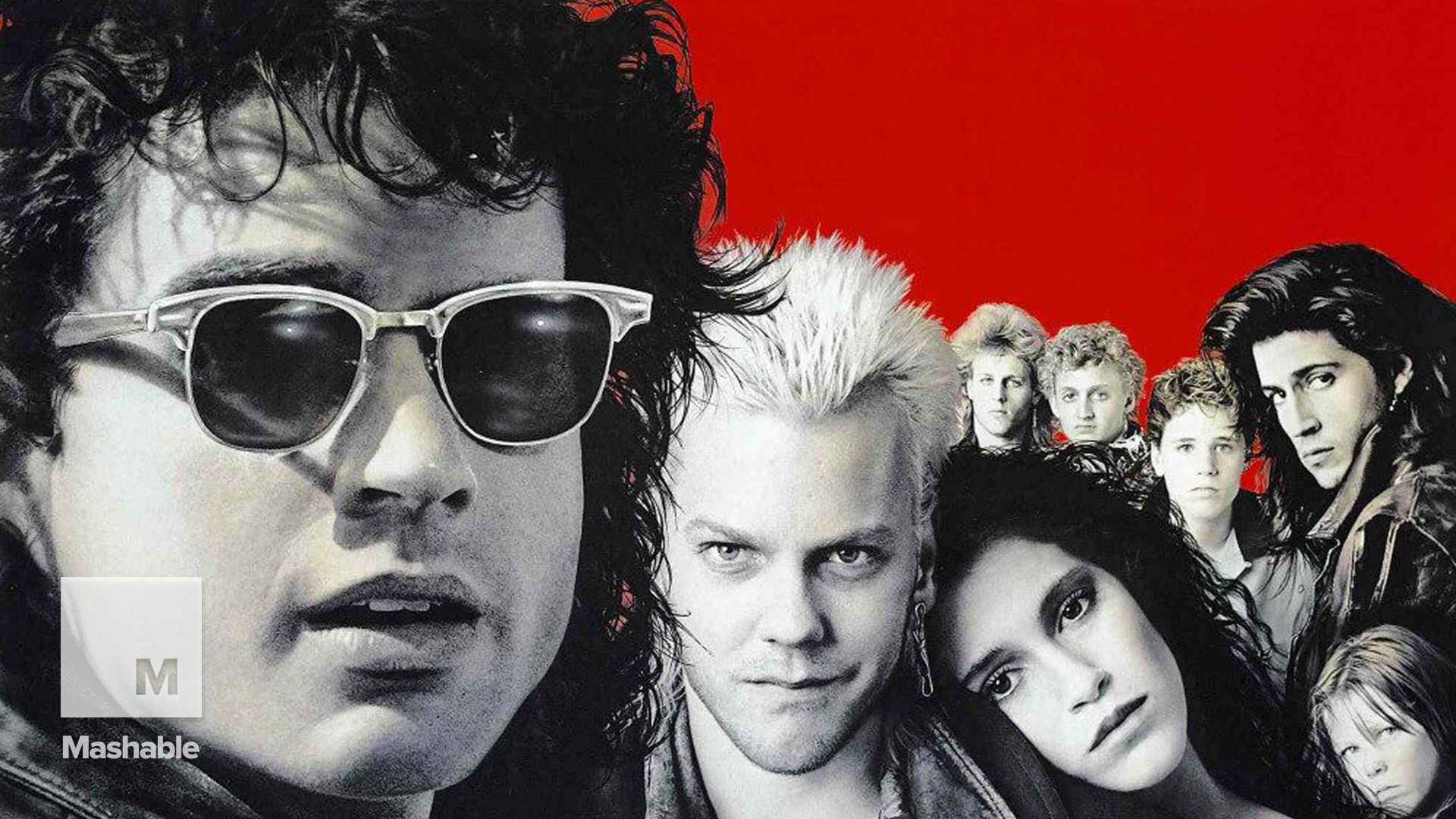